What Is Bruxism? Bruxism Awareness Week 2018 - The VRDC 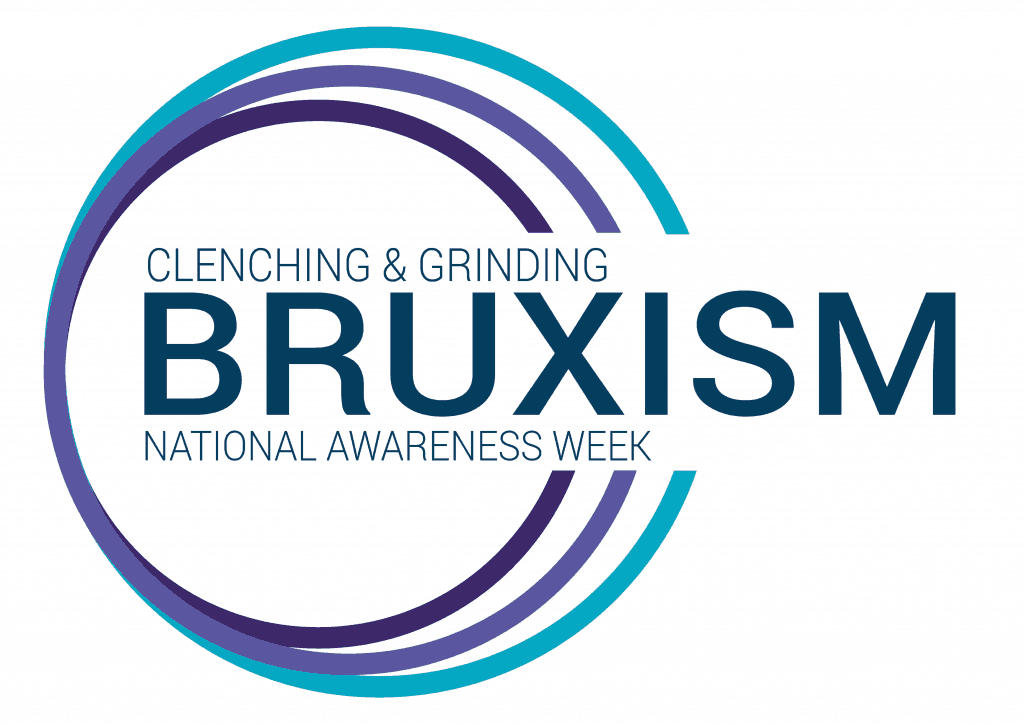 What Is Bruxism? Bruxism Awareness Week 2018

Bruxism, or teeth grinding and clenching, affects over 10 million UK adults, the Bruxism Association has reported. But despite its prevalence, relatively little is known by the public about the condition. Bruxism Awareness Week was first launched in 2010, aiming to promote awareness of the condition and encourage sufferers to seek treatment. Bruxism Awareness Week 2018 begins on the 22nd October, finishing on the 28th, with information and promotional material available from dentists and GPs across the UK, helping to educate people on what exactly bruxism is and how they might be affected.

Bruxism is the term used to describe teeth grinding and/or clenching. It can lead to shortened or blunt teeth, headaches, muscle pain and a host of other symptoms which can affect sufferers’ overall health and wellbeing. There are two types of bruxism – awake bruxism and sleep bruxism. Awake bruxism does not usually involve teeth grinding and is described by the Bruxism Association as the ‘involuntary clenching of the teeth and jaw bracing in reaction to certain stimuli’.

Sleep bruxism, on the other hand, is characterised by nighttime teeth grinding which occurs in clusters, particularly during Stage 2 and REM sleep. Sleep bruxism usually occurs as a response to sleep disturbance and periods of awakening during sleep. There is a strong correlation between bruxism and a range of sleep disorders.

What Are The Symptoms of Bruxism?

There are many wide-ranging symptoms associated with bruxism. These include:

Many of the above symptoms are symptoms common in a wide variety of disorders and as a result, bruxism is often overlooked as a potential cause. It is likely therefore that the actual number of sufferers in the UK is much higher than the reported 8 to 10 percent. The most common symptoms that result from bruxism are tooth wear and breakage, headaches or migraines and jaw pain. In particular, ‘bruxists’ are three times more likely to suffer from headaches than non-bruxists.

Bruxism can be attributed to a variety of factors, both medical and lifestyle related. Certain habits and conditions, in particular, have been found to contribute to the occurrence of teeth grinding.

Sleep disorders are a common cause of bruxism, mainly as they often cause periods of wakefulness during sleep after which grinding and clenching of the teeth may occur. In particular, a strong correlation has been found between Obstructive Sleep Apnoea, a condition in which the sufferer stops breathing for short periods during sleep and bruxism, unsurprisingly as OSA causes those affected to suffer from disturbed sleep. Other sleep disorders found to be linked to bruxism include sleep mumbling or talking, sleep paralysis, violent behaviours during sleep and hypnagogic hallucinations.

Nearly 70 percent of bruxism is reported to occur as a result of stress or anxiety. Stress linked to work has been strongly linked; for example, one study of shift workers discovered that those workers who reported suffering stress as a result of dissatisfaction with their working schedule were found to be more inclined to suffer from bruxism.

Lifestyle factors have been found to be linked to the occurrence of bruxism, particularly in younger adults. People who smoke, drink alcohol regularly or consume six cups or more a day of caffeine are reported to be more likely to suffer from bruxism. Users of certain drugs such as ecstasy and methamphetamines or medications such as certain types of antidepressant are also more susceptible to bruxism.

Who is Most Likely to be Affected?

Bruxism is most common among adults aged between 25 and 44. However, it can still affect children and older adults as well. In fact, it is thought that bruxism affects around 20 percent of children below the age of 12. Bruxism in children can cause problems with sleep, resulting in behavioural, attention and developmental problems.

Additionally, as mentioned earlier in this article, those who suffer from sleep or psychological disorders, or engage in certain contributing lifestyle factors are also more likely to experience bruxism. Sufferers of Parkinson’s disease are also susceptible to bruxism, due to the degenerative disorder causing tremors, which can lead to teeth grinding and involuntary clenching.

Is There a Cure for Bruxism?

Unfortunately, there is currently no specified cure for bruxism. However, treatments are available to help manage the condition effectively and provide relief from many of the associated symptoms. The two most commonly recommended treatments are the use of mandibular advancement devices or occlusal splints.

Mandibular advancement devices (MADs) are also frequently used to prevent snoring and help with breathing during sleep. They are small plastic guards that hold both the tongue and lower jaw forward, thus creating more space for breathing easily and preventing the upper and lower sets of teeth from being able to grind against one another. They have been found to be highly effective in tackling sleep bruxism, however some users have reported pain when using them.

Occlusal splints are more commonly known as night guards. According to the Bruxism Association, they are the most effective means to treating bruxism as they prevent teeth grinding, thus reducing excessive wear of teeth and reduce muscle jaw movement as well as preventing any grinding noise. Like MADs, they are plastic devices placed in the mouth before sleep, keeping the top and bottom sets of teeth apart so they cannot grind against one another.

Other treatments include certain drugs, such as muscle relaxants, stress management techniques like cognitive behavioural therapy and even hypnosis. However, according to studies, the most reliable, immediately effective bruxism treatment is using a mouth guard for teeth grinding.

If you are concerned that you might be suffering from bruxism, make an appointment with your dentist as soon as possible. Your dentist can assess your teeth and will be able to advise you on your treatment options. Ultimately, bruxism is an easily treatable condition, which is best to get checked early before any lasting damage can be done. Speak to your dentist today.

At Victoria Road Dental Clinic in Ruislip, we are proud to be supporting Bruxism Awareness Week 2018. Visit our practice to find out more about bruxism, or book an appointment with one of our friendly expert dental practitioners. Contact us now on 01895 636 121.

Dipesh Patel is the content writer for Victoria Road Dental Clinic and updates our blog regularly with helpful advice and new information.

We use cookies to personalise content and ads, to provide social media features and to analyse our traffic. We also share information about your use of our site with our social media, advertising and analytics partners who may combine it with other information that you’ve provided to them or that they’ve collected from your use of their services.
Accept
Change Settings
Cookie Box Settings
Cookie Box Settings

You can change these settings at any time. However, this can result in some functions no longer being available. For information on deleting the cookies, please consult your browser’s help function.

With the slider, you can enable or disable different types of cookies: